Your man wants to be praised and acknowledged, and yet no man will ask for this or rarely ask for but yet crave the most.  It’s praise and acknowledgement to know that we’re doing a good job as your man so it can be something as simple as just a favor that he does for you and you say: Hey babe! Thank you so much for bringing the food home today. I really appreciate that.

Or you can praise him for an everyday common experience like giving you a hug. So the next time he gives you a hug, whisper in his ear and say you give the best hugs in the world. You will see him literally feel better about himself because a man’s sense of self expands under the light of your praise.

Men are often conditioned to believe that if we ask for time away than that, you’re gonna get your feelings hurt. So when you actually encourage him to go adventure in his life to go get some guy time or to go do something that he loves, he is going to love that.

So you could simply say: I’ve got Sunday brunch with my girlfriends this Sunday. Why don’t you go and create a boys day? He’s going to love that and that type of freedom actually creates a desire to invest more time with you.

Confidence in him is as simple as giving him a task and then letting him complete the task for you but oftentimes what will happen is there will be the type of woman who says would you take me on a date, and would you drive me? Let’s go to this restaurant and then, while they’re driving there she’s telling him the best way to go and she’s instructing him on where to park.

Or she says: hey honey, will you wash the dishes and as he’s washing the dishes and putting them in the dishwasher. She’s correcting him and saying no, the glass goes here and put the dish in that way. She’s micromanaging the situation.

When that happens, he feels like you don’t trust him to actually provide for you, but allowing him to accomplish the task actually sitting back and letting him serve you shows that you have faith in his abilities.

Your man has a deep desire for respect. When I traveled 12,000 miles around the United States interviewing America’s greatest marriages, respect was the number one principle that all these couples talked about. Yet respect can also be a little bit ambiguous.

How do we know that we’re respecting each other?

It shows up in the way we honor each other’s differences and make it okay that we don’t have to like the same things or have the same opinions all the time, and it shows up in how we are courteous to one another and saying please.

The fact of her appreciating those little things shows respect it shows appreciation and it’s a big deal and it goes a long way.

So think about what are the ways that you can show respect to your man, because it’s a big thing that he wants that he will probably never ask for so there. 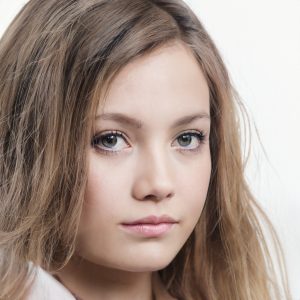